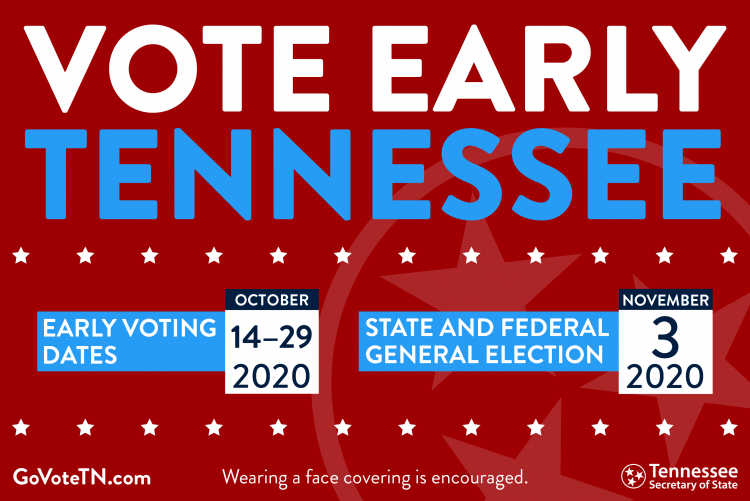 NASHVILLE, Tenn. – As of the close of polls on Oct. 15, the second day of early voting in Tennessee, 453,858 voters had cast their ballot for the Nov. 3 State and Federal General election.

“Over 10 percent of Tennessee voters have already voted, and this high turnout demonstrates the public’s confidence in Tennessee’s electoral process,” said Secretary of State Tre Hargett.

“Our office and election commissions across Tennessee have been preparing for this election and specifically the new challenges of running a safe election during COVID-19 since March,” said Coordinator of Elections Mark Goins. “It is because of their hard work and diligent planning that we are seeing voters have a smooth voting experience.”

Tennessee voters can find their early voting and Election Day hours, polling locations and more with the GoVoteTN app or online at GoVoteTN.com. The GoVoteTN app is free to download in the App Store or Google Play.

While visiting the polls, Tennesseans are encouraged to wear a face covering and maintaining a six-foot distance from poll officials and other voters.

For more information about early voting in Tennessee, go to GoVoteTN.com or call the Division of Elections toll-free at 1-877-850-4959.