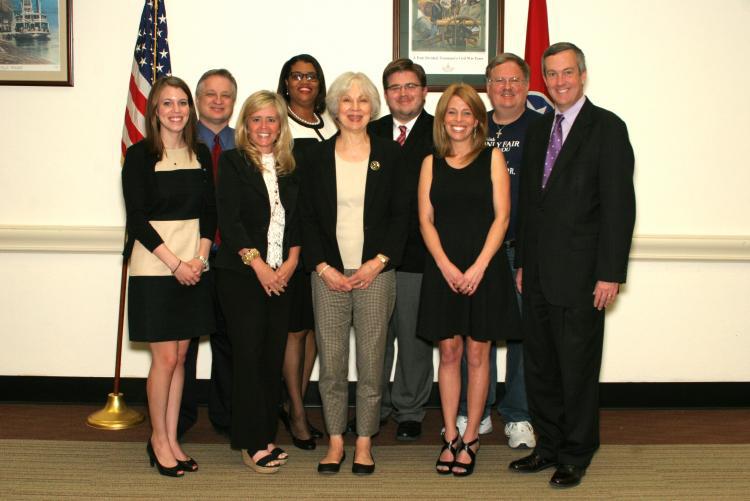 ​The Secretary of State’s office is proud to announce a new online resource designed by Tennessee teachers. 15 lesson plans and teaching aids based on the Tennessee Blue Book are now available.

In March, seven teachers from across Tennessee formed the Secretary of State’s Blue Book Curriculum Task Force to create lessons that align with the state’s current social studies curriculum standards, and allow teachers to quickly use the Blue Book in civics or government classes from elementary through high school.

“The Tennessee Blue Book serves as a powerful textbook for our state's educators. Tennessee's students and teachers will benefit from the task force's dedicated work,” said Secretary of State Tre Hargett.

One example, Your Representatives in Government & How You Can Be Involved created by Addison Pate of Martin Luther King, Jr. Magnet High School in Davidson County, teaches how a citizen locates information about their representatives, what actions their elected officials have taken, and how citizens can play an important role in the decision making process.

All of the lesson plans, including information on obtaining hard and digital copies of the Blue Book, can be found at: sos.tn.gov/products/executive/blue-book-lesson-plans.

The 2015-2016 edition of Tennessee Blue Book is scheduled to be published in January.