Dedicate Your Vote with Honor Vote 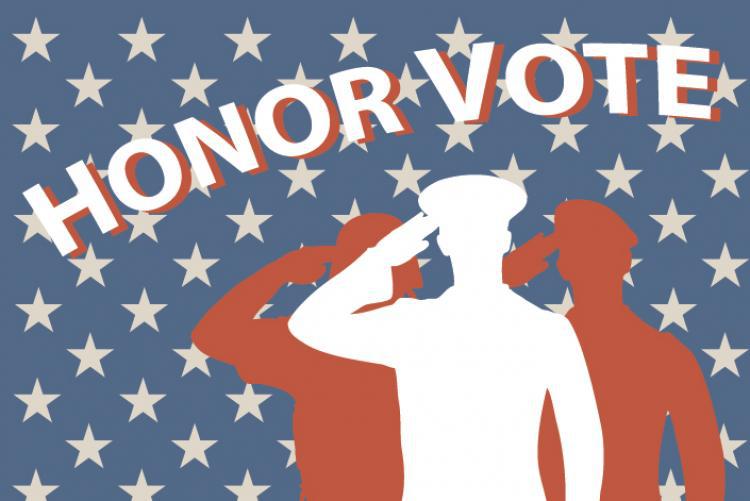 In 2016, Tennessee will play a bigger role than ever before in deciding who will be the next president of the United States.

That’s why Secretary of State Tre Hargett is urging Tennesseans to dedicate their vote this election season to those who are serving or have served our country through the Honor Vote Program.

“The men and women of the U.S. military ensure our freedom and democracy, allowing us to cast a ballot each Election Day. It’s important we honor those who protect that right,” Secretary Hargett said.

The free program allows registered Tennessee voters to dedicate their vote to a U.S. veteran or active duty military member by visiting GoVoteTN.com/honor. The dedication will be posted on the official Honor Vote List as well as the Honor Vote Twitter account: @tnhonorvote. Voters can also share their dedication on their own Twitter, Facebook and Instagram accounts using #GoVoteTN.

The Division of Elections will send a packet to each participant with an official Honor Vote button and Voter Information Guide. Voters are encouraged to wear the newly redesigned button and vote early or on Election Day in honor of the veteran or service member they are honoring.