Effort to Digitize World War I Artifacts Heads to Chattanooga 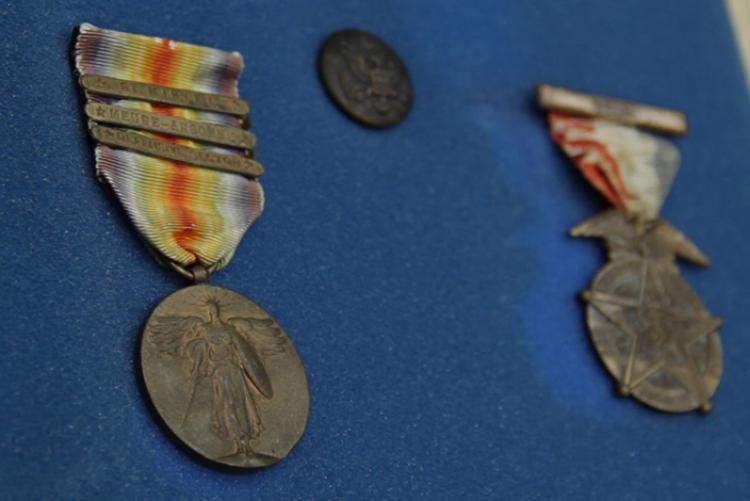 Over a five-year period, World War I ravaged Europe, the Middle East and parts of North Africa, overturning governments and costing millions of lives. The United States joined the battle in 1917, eventually mobilizing more than 4 million soldiers and countless civilians who provided support for the war effort on the home front.

The Tennessee State Library and Archives launched Over Here, Over There: Tennesseans in the First World War, a major effort to collect digital records of how World War I affected Tennesseans. Archivists travel throughout the state to digitally scan and photograph documents, maps, photographs, uniforms and other artifacts related to World War I that are owned by private citizens.

“We were overwhelmed by the response to our request for Civil War items, so we hope this project will help us create a rich record of World War I history as well,” Secretary of State Tre Hargett said. “Creating digital records of historical artifacts makes them easily available to anyone with internet access. It’s important that we do this now before more of these century-old items are lost or damaged beyond repair.”

The next event will be held at the Chattanooga Public Library, located at 1001 Broad Street in downtown Chattanooga. Items will be digitally recorded from 2 p.m. until 6 p.m. Nov. 1 and from 9 a.m. until 1 p.m. Nov. 2. The archivists will not actually take possession of the items from the owners but will provide tips on how to care for these rare treasures.

People living in East Tennessee are encouraged to bring in letters, photographs, diaries, military records, maps, sketches, weapons, uniforms and other items related to the war. All items must be original (no photocopies or reproductions) and owned by the person bringing them to the event.

This is the fifth of several digitization events being held around the state, and the second in East Tennessee. Find more information about the project and upcoming events at sos.tn.gov/tsla/OverHere_WWI.

This event is part of the fall 2017 Great War Symposium.