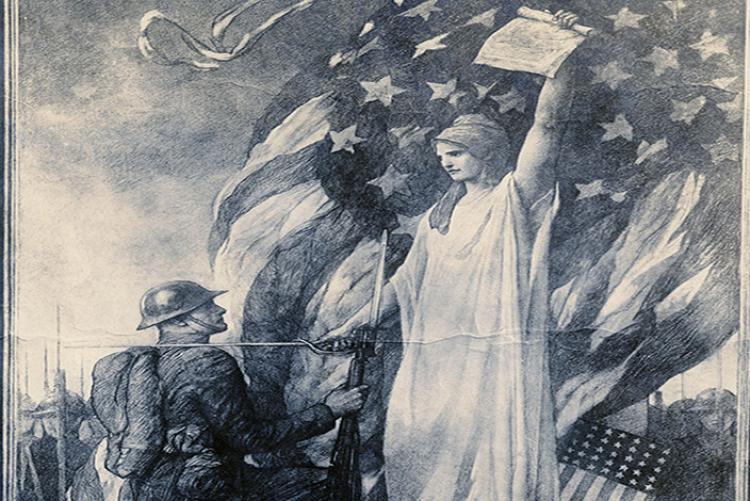 Although the United States was a relatively late entry into World War I, the conflict took an enormous toll on American lives. According to the U.S. Department of Justice, more than 100,000 American deaths were attributed to the war, plus twice as many injuries. In a free lecture at the Tennessee State Library & Archives, historian Lisa M. Budreau will discuss the war's impact and how Americans sought to commemorate those who had died.

Dr. Budreau's talk, titled "Coffins and Gold Stars: The Story of American Remembrance in the Aftermath of the Great War," will be in the Library & Archives auditorium May 21 from 10:30 a.m. until noon.

"This is the saga of the war dead and the efforts of the living to honor their heroes," Dr. Budreau said. "It's a staggering, often-macabre tale steeped in the pathos and human drama of a democratic nation struggling to find meaning in war."

Dr. Budreau will touch on the political and social dynamics at work in America from the war's end through the early 1930s.

Dr. Budreau is the senior curator of military history for the Tennessee State Museum. She has also served as a freelance historical consultant for the American Battle Monuments Commission in Paris, France, vice president of education and collections for the National World War I Museum in Kansas City, Missouri and a research historian for the U.S. Army Surgeon General's medical history office in Washington, D.C. Her published works include "Bodies of War: World War I and the Politics of Commemoration in America, 1919-1933" and "Answering the Call: The U.S. Army Nurse Corps, 1917-1919."

Although the lecture is free and open to the public, registration is required due to limited seating in the auditorium. To register, please visit: http://goldstarlecture.eventbrite.com

The Library & Archives is located at 403 Seventh Avenue North, just west of the State Capitol in downtown Nashville. Free parking is available around the building.

The Library & Archives is in the process of digitizing its records from the Gold Star program, which was established to honor fallen veterans. The records of Tennesseans honored by Gold Star will soon be made available online. To learn more about the program, please visit: http://sos.tn.gov/products/tsla/tennessee-world-war-i-gold-star-records