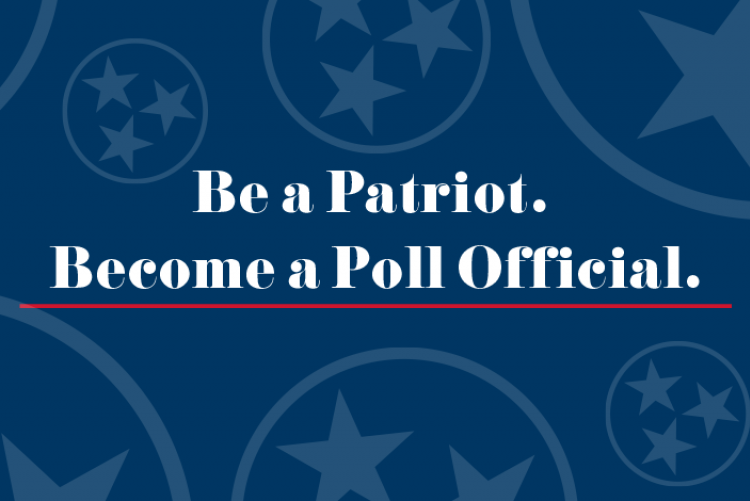 “Thousands of Tennesseans, especially students and young adults, stepped up to serve as poll officials for the August election,” said Secretary of State Tre Hargett. “With tremendous interest in the Presidential election, we anticipate a robust turnout requiring additional workers in November. That is why I encourage Tennesseans to apply today.”

Established by the U.S. Election Assistance Commission, National Poll Worker Recruitment Day aims to raise awareness about the important role poll officials play in elections and to help communities across the nation.

“In Tennessee, safe and secure elections are not possible without the many dedicated people who serve their communities as poll officials,” said Coordinator of Elections Mark Goins.

Most Tennesseans are eligible to work as poll officials, regardless of political affiliation. The minimum age to work as a poll official is 16 years old. Anyone over 18 must be a registered voter in the county they are serving in. County or municipal government employees can serve if they don’t work directly under the supervision of an elected official who is on the ballot.

Poll officials will be supplied with face coverings, gowns, face shields, gloves and other personal protective equipment. All poll officials are required to wear a face covering and will be trained in social distancing protocols.

In Tennessee, poll officials are compensated for working on Election Day and for attending required training sessions.

For more information and to apply to become a poll official, visit pollworkers.govotetn.com.