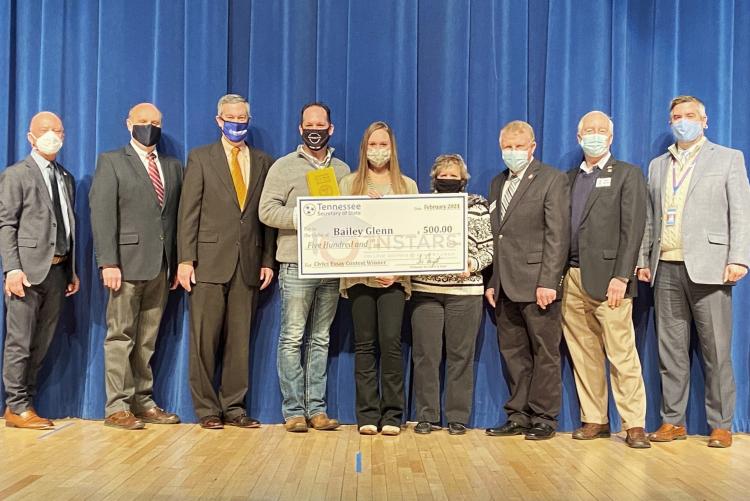 NASHVILLE, Tenn. – Secretary of State Tre Hargett presented Warren County High School student Bailey Glenn with an award today for her second-place finish in the statewide 2020 Civics Essay Contest for students who served as poll officials in the presidential election.

“In her essay, Bailey said working as a poll official helped her understand the privilege, we as Americans have to vote and how we honor the men and women who sacrificed for our freedom by voting,” said Secretary Hargett. “Bailey, who served as a poll official in both the November and August elections, helped her local election commission run a safe and secure election."

This year’s civics essay contest was open to any Tennessee high school student, age 16 or older, who worked as a poll official during early voting or on Election Day for the presidential election.