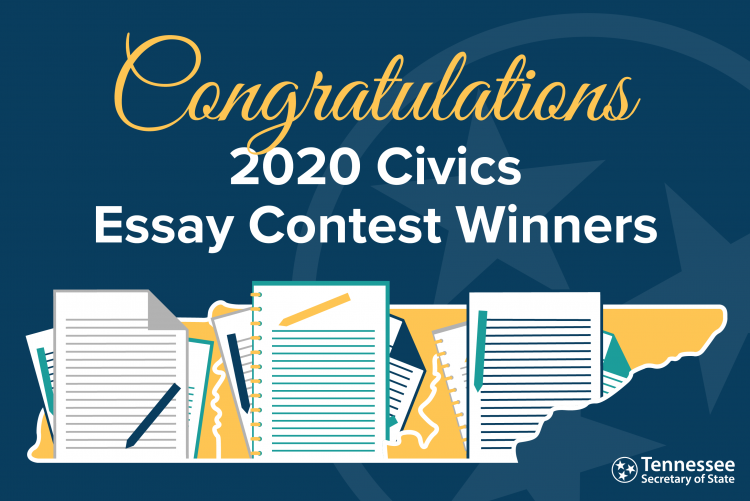 NASHVILLE, Tenn. – The Tennessee Secretary of State’s office is proud to announce the 2020 Civics Essay Contest winners for students who served as poll officials during the Nov. 3 election.

“I commend all of the students who stepped up to serve as poll officials for the November election. They performed critical polling site tasks, which helped their local election commission run a safe and secure election,” said Secretary of State Tre Hargett. “By participating, these students saw the civic process in action and are now more prepared to be actively engaged citizens and our next generation of leaders.”

This year’s civics essay contest was open to any Tennessee resident, age 16 or older, who is enrolled in a public, charter or private school or home school association, who worked as a poll official during early voting or on Election Day for the Presidential election. Essays were judged on creativity, organization, development of ideas and response to the theme, civic duty.