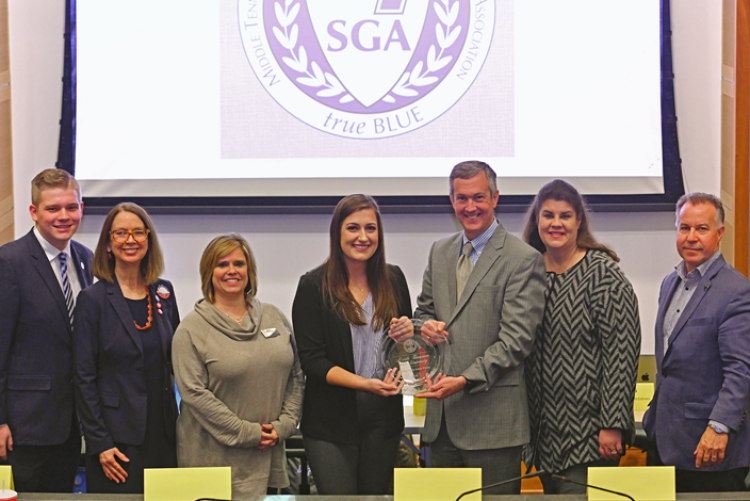 “Congratulations to the dedicated Middle Tennessee State University students who played a role in registering their fellow students to vote,” Secretary Hargett said. “I hope the Blue Raider community will put their voter registration to use and cast a ballot in the Presidential Preference Primary.”

Every college and university in the state had the chance to compete by registering students to vote and spreading awareness of the campaign on social media using the hashtag #GoVoteTN, along with their school-specific hashtag.

“We’re so glad to have a visible, proactive, energized presence on our campus that emphasizes the importance of voter registration and voting, particularly for the many MTSU students who are engaging in this precious American right and duty for the very first time,” said Dr. Mary Evins, MSTU associate professor and chapter coordinator of the American Democracy Project. “I’m so appreciative of the students and student leaders on our campus who are active citizens and who support the American Democracy Project’s ongoing efforts to raise voter participation among our own students as well as across college and university campuses throughout the state.”

In addition to Middle Tennessee State University, Carson-Newman University won the award for the top private college/university, and Northeast State Community College won in the 2-year community/junior college category. The winning schools were selected based on the number of new students registered and their social media presence (both weighted by student enrollment) as well as their campus creativity in promoting the college voter registration drive.