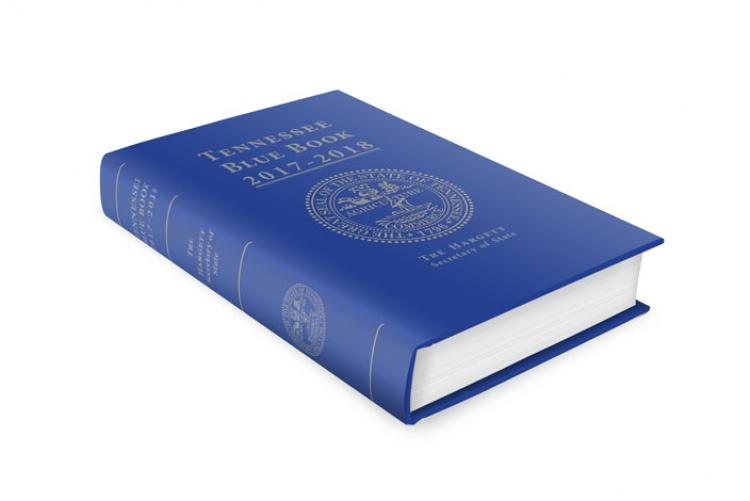 NASHVILLE, Tenn. – Tennessee Secretary of State Tre Hargett today announced the 2019-2020 edition of the Tennessee Blue Book will be dedicated to the 100th anniversary of the ratification of the 19th Amendment granting women the right to vote.

“Tennessee played a pivotal role in ratifying the 19th Amendment to the U.S. Constitution, so it is appropriate to dedicate our state’s official historical reference, the Tennessee Blue Book, to this important milestone,” Hargett said. “During Women’s History Month, it’s important to remember the Women’s Suffrage Movement across the country, and especially here in Tennessee, which led to this significant moment in our nation’s history.”

Initially introduced to Congress in 1878, the 19th Amendment was not submitted to the states for ratification until 1919 and was ratified by three-fourths of the states a year later. Tennessee ratification on August 18, 1920 was the last state needed to amend the Constitution.

Published by the Secretary of State’s office once every two years, the Tennessee Blue Book serves as a state and government manual for Tennessee. It includes information on Tennessee state history and government, biographies of elected and appointed state officials, elections results, census data and more.

The Blue Book dedication will honor the continuous and unwavering effort by Tennessee suffragists and the significant role Tennessee played in guaranteeing all women the right to vote.

“One hundred years ago, a Tennessee legislator and his influential mother changed the course of history becoming one of the deciding votes in ratification of the 19th Amendment. It is only fitting we recognize Tennessee’s pivotal role in the suffrage movement with a commemorative edition of the definitive guide to Tennessee state government, the Tennessee Blue Book,” Tennessee Lt. Gov. Randy McNally (R-Oak Ridge) said. “I am grateful to the Office of the Secretary of State and its Division of Publications for putting together this special edition in honor of this important anniversary.”

“We are proud of Tennessee's important role in ratifying the 19th Amendment to our U.S. Constitution and the decisive part our state played in the nation’s history,” said Tennessee House Speaker Glen Casada (R-Franklin). “I am pleased to join with Secretary Hargett to celebrate this remarkable development which led to women gaining the right to vote, and I stand with my Republican colleagues as we continue our work addressing the critical needs of all Tennessee.”

The 2019-2020 Tennessee Blue Book will be a commemorative edition similar to the 2013-2014 edition dedicated to former University of Tennessee Lady Vols Coach Pat Summitt. The next edition will be published and ready for distribution in early 2020.