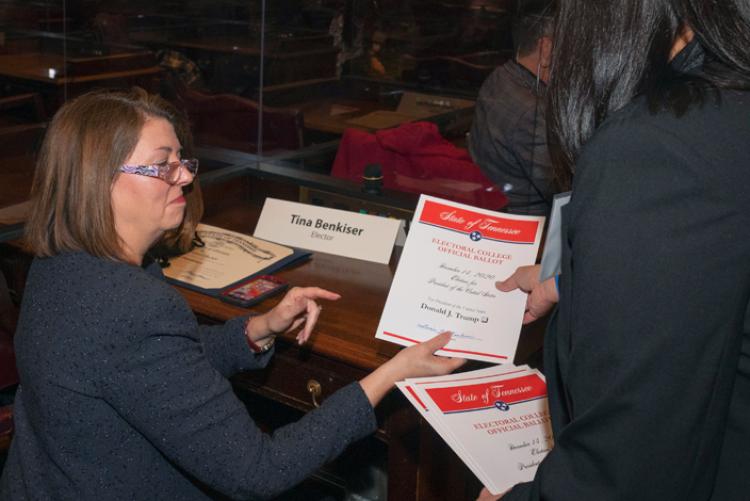 Tennessee’s presidential electors met at the State Capitol today to cast their ballots for Donald J. Trump for President of the United States.

“Tennessee’s electors casting ballots in the Electoral College is the last step in our electoral process,” said Secretary Hargett. “Tennessee had a safe, sensible and responsible election, thanks to the hard work and planning by our Division of Elections, the administrators and staff of our 95 county election commissions and all of the poll officials who stepped up to serve in their communities.”

The electors who cast Tennessee’s U.S. Electoral College ballots were:

For more information about the 2020 election including official results visit sos.tn.gov.