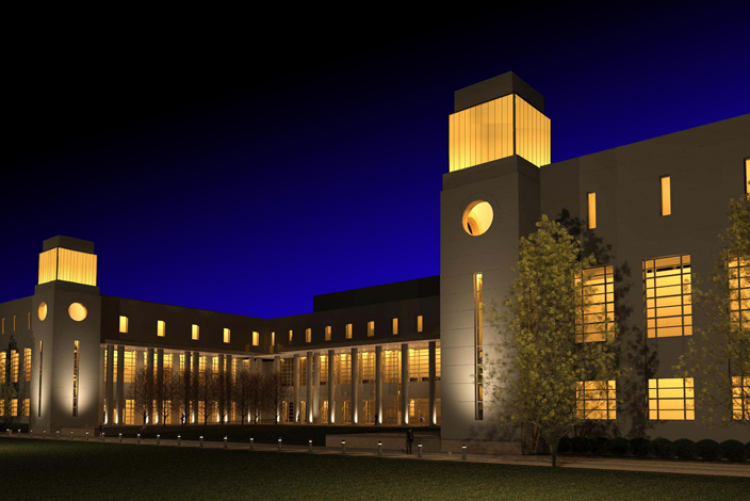 Exterior of the future Tennessee State Library and Archives at night

Exterior of the future Tennessee State Library and Archives at night

The new 165,000 square foot facility will include a climate-controlled chamber for safely storing historic books and manuscripts as well as a state-of-the-art robotic retrieval system. There will also be classrooms for teaching students and meeting space for training librarians and archivists.

“Tennessee has a strong and rich history and it is important to preserve our past to pass on to future generations,” Gov. Haslam said. “We have significantly outgrown the space that currently houses Tennessee’s most significant and historic documents and vital records, so I thank the General Assembly for working with us to make this much-needed new Library and Archives facility a reality.”

The site is on Bicentennial Mall at the intersection of Sixth Avenue N and Jefferson Street. The facility will be a major upgrade in capacity, preservation and public access from the current 1950s era building which sits directly west of the State Capitol.

The $123.8 million project, which started in 2005, received substantial funding this year after being included in the governor’s budget and approved by the General Assembly. To date, roughly half of the project is funded and the remainder will be recommended in the upcoming budget.

“The new building ensures Tennessee’s history will be preserved for generations while making it more accessible. This world-class facility will blend the necessity of historic preservation with the ever-increasing demand for digital access. I applaud Gov. Haslam and the entire General Assembly for making this a reality so we can better serve Tennesseans,” Secretary Hargett said.

The new building will also feature a conservation lab for the treatment and restoration of books, photographs and documents. There will also be dedicated exhibit spaces for Tennessee’s founding documents and rotating exhibits, as well as a grand reading room with seating for 100 readers and scholars.

Other features include a vault for storing photographic negatives, an early literacy center designed specifically for children with a visual disability and a recording lab to produce oral histories and audio books on Tennessee history.

The project is expected to be completed in the fall of 2019.