Tennessee's Economy Continues to Thrive in 2016 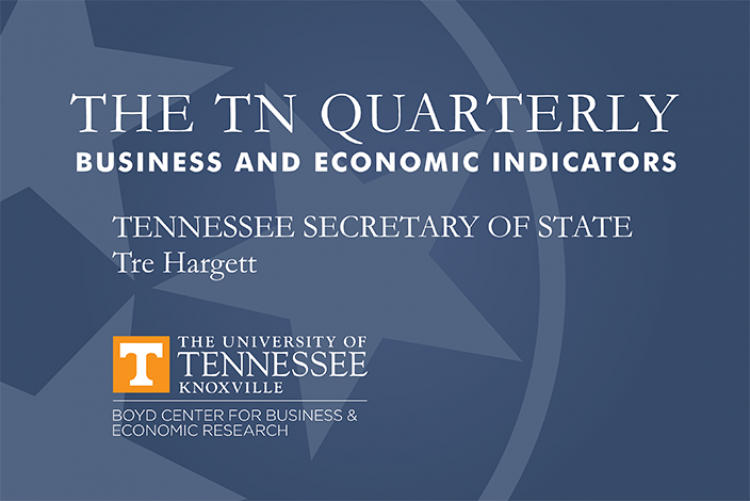 Read the report here: Tennessee Quarterly Business and Economic Indicators Reports
There will not be a teleconference this quarter due to scheduling conflicts.

An economic report released by the Secretary of State’s office Tuesday shows Tennessee’s economy continues to grow in 2016 with no signs of stopping any time soon.

There were 9,546 new entity filings during the first quarter of 2016, representing a 9.9 percent increase of the same time last year. New entity filings have now grown for 18 consecutive quarters.

"Our data shows just how strong Tennessee’s economy is today and gives us an idea of how much stronger we will be moving forward," Secretary Hargett said.

Davidson County led the way with the most initial filings among the state’s four largest counties with 2,265. Shelby County had 1,716. Knox and Hamilton Counties rounded out the top four with 756 and 595 respectively.