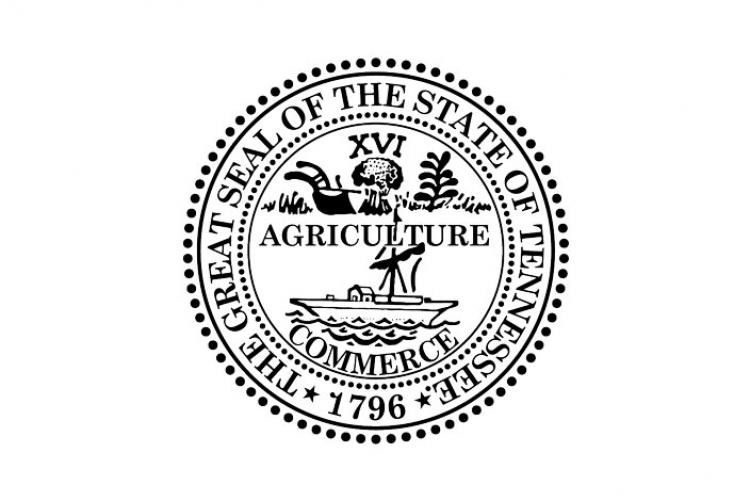 Even before Tennessee achieved statehood, efforts were made by local governmental organizations to procure official seals. Reliable historians have assumed that as early as 1772 the Articles of the Agreement of the Watauga Association authorized the use of a seal. The Legislature of the state of Franklin, by an official act, provided “for procuring a Great Seal for this State,” and there is also evidence that a seal was intended for the Territory South of the River Ohio. The secretary of that territory requested the assistance of Thomas Jefferson in March 1792 in “suggesting a proper device” for a seal. There is no direct evidence, however, that a seal was ever made for any of these predecessors of Tennessee.

"There shall be a seal of this state, which shall be kept by the governor, and used by him officially, and shall be called “The Great Seal of the State of Tennessee.”

In spite of the provision of the Constitution of 1796, apparently no action was taken until September 25, 1801. On that date, committees made up of members from both the Senate and the House of Representatives were appointed. One of these committees was to “prepare a device and motto” for a seal, while the other was to contract with a suitable person to cut a seal and press for the use of the state.

The committee appointed to prepare a design for the state seal recommended that:

…the said seal shall be a circle, two inches and a quarter in diameter, that the circumference of the circle contain the words THE GREAT SEAL OF THE STATE OF TENNESSEE, that in the lower part of said circumference be inserted Feb. 6th, 1796, the date of the Constitution of this state; that in the inside of the upper part of said circle, be set in numerical letters XVI, the number of the state in chronological order; that under the base of the upper semicircle, there be the word AGRICULTURE; that above said base, there be the figure of a plough, sheaf of wheat and cotton plant; that in the lower part of the lower semicircle, there be the word COMMERCE, and said lower semicircle shall also contain the figure of a boat and boatman.

The other committee reported that it had contracted with William and Matthew Atkinson to make the seal and press. 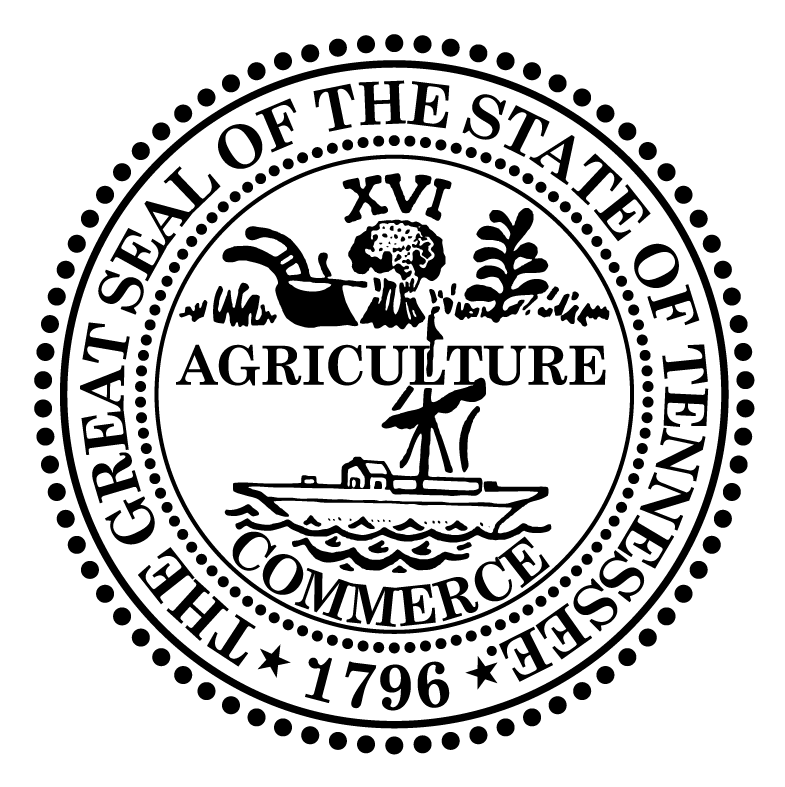 The seal and press were delivered to Governor Archibald Roane in April 1802 and were used for the first time on April 24, 1802, on a document ordering payment for them. Before this time, both John Sevier and Archibald Roane had used their personal seal on official documents. This seal continued in use under seven governors until 1829, with Governor William Hall being the last governor to use it. Then, during the second series of administrations of Governor William Carroll, a different seal came into use, though there is no record of its authorization. This second seal was only one and three-quarters inches wide and the date “Feb. 6th,” was omitted. The boat, differing greatly in design from the original, was pointed in the opposite direction. The seal was at variance with the original in other respects, as well. It remained in use from 1829 until the administrations of William Brownlow from 1865 to 1869.

A close examination of official documents bearing the Great Seal, particularly those from between 1855 and 1875, indicates that the seal now being used was introduced during the administration of Governor William Brownlow. Only one document, dated 1865, was found containing the seal attributed to the Brownlow administration. Instead, examination of Brownlow documents of 1866 and 1867 revealed the use of two seals, evidently used simultaneously. One seal appears to be the same as that affixed to documents signed by Governors Brownlow, Senter, Porter, and Hawkins.

Evidently, the so-called “Brownlow Seal” was used only in 1865, after which it was replaced by two other seals that were only slightly different from each other. The seal now used was the larger of the two and appears to have been the only one used since the last year of Brownlow’s administration. The current seal was officially adopted in 1987 by the 95th General Assembly, Public Chapter 402.