Public library standards provide specific criteria by which libraries can be measured and evaluated. They provide focus and direction for action and accountability within local library communities. Welcome to the proposed new 2018 Tennessee Standards for Public Libraries in the Regional Library System. Because of shifting populations, improved technology, and increased needs of Tennessee residents, we have revised the Standards, which are available here. 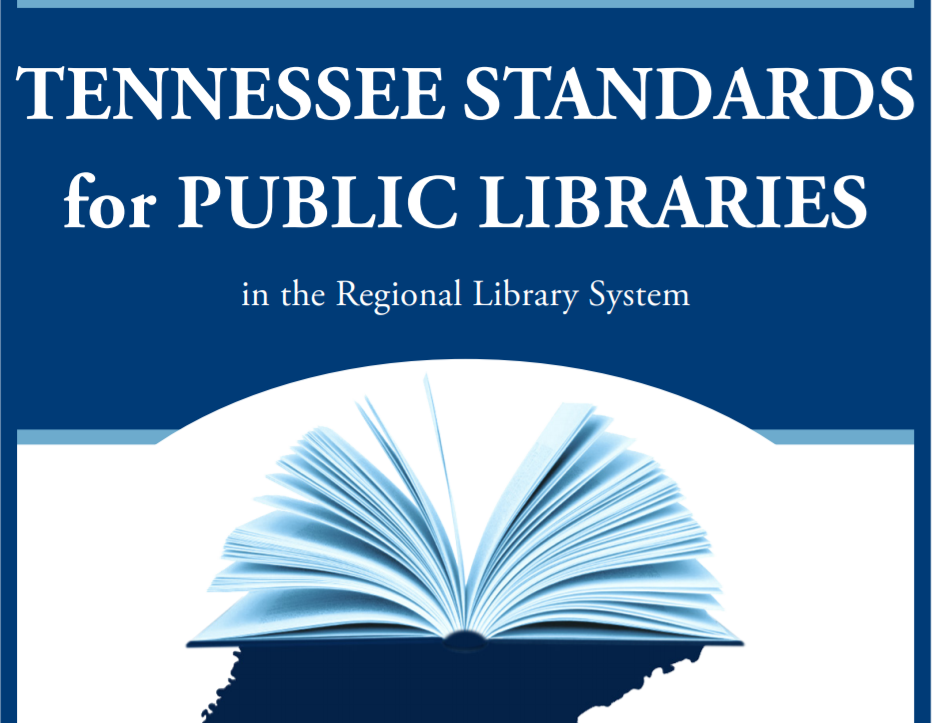 Tennessee Public Library Maintenance of Effort (MOE) Agreement    This document is completed annually by each library board and its funding body or bodies, summarizing public funds appropriated and expended for library services in a fiscal year, as well as operating hours maintained. The MOE demonstrates level or increased local annual support for public libraries in return for continued support and resources from the Tennessee State Library & Archives and the Regional Library System through the Tennessee Department of State.

Tennessee Public Library Comparison of Responsibilities   This resource for Library Trustees, Directors, Friends of the Library and the Regional Libraries provides an overview and comparison of the various roles each of those stakeholders play in order to successfully operate a public library in Tennessee.