Women's Suffrage: Tennessee and the Passage of the 19th Amendment 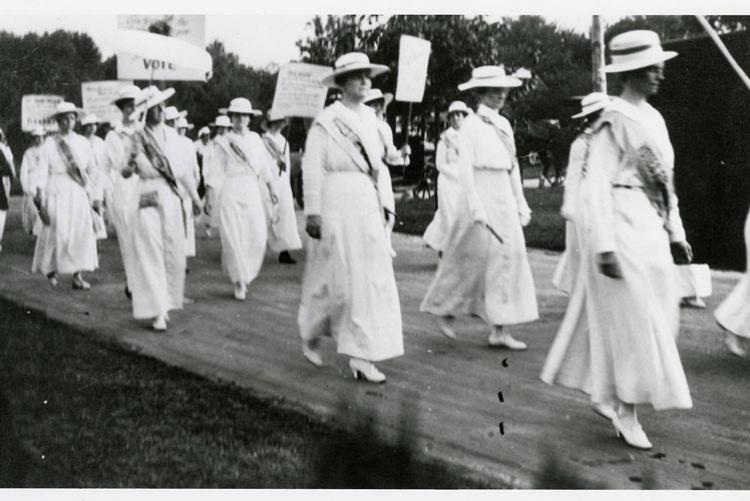 Women's Suffrage: Tennessee and the Passage of the 19th Amendment

Tennessee played a pivotal role in the passage of the 19th Amendment, which granted women the right to vote in 1920. By that summer, 35 of the 36 states necessary had ratified the amendment. Eight states had rejected the amendment, and five had not voted. Suffragists saw Tennessee as their last, best hope for ratification before the 1920 presidential election. Governor Albert H. Roberts called a special session of the General Assembly on August 9 to consider the issue. Pro-suffrage and anti-suffrage activists from around the state and the country descended on Nashville, intent on influencing the legislature.

Tennessee women played a vital role in rallying support for the 19th Amendment. Ann Dallas Dudley of Nashville, Abby Crawford Milton of Chattanooga, and Sue Shelton White of Jackson were prominent among those who fought to gain popular and legislative support for women’s suffrage. Among the national suffrage leaders in Nashville that summer was Carrie Chapman Catt, president of the National American Woman Suffrage Association. The anti-suffrage movement also counted numerous Tennessee women among its leaders, including Josephine A. Pearson, a Monteagle educator who was president of the Tennessee State Association Opposed to Woman Suffrage and the Southern Woman’s League for the Rejection of the Susan B. Anthony Amendment. Each of these women is represented within the collection.

The summer of 1920 was one of intense pro- and anti-suffrage activity in Nashville. After the resolution passed easily in the Tennessee State Senate, both sides lobbied furiously to secure votes in the state House of Representatives where the vote was extremely close. When young Harry T. Burn of Niota changed his vote to support ratification, Burn helped to break a tie in the House of Representatives. On August 18, 1920, the Tennessee General Assembly made history, voting to approve the 19th Amendment to the United States Constitution. Opponents worked feverishly to rescind the ratification vote on constitutional technicalities. Some anti-suffrage legislators even fled the state in an attempt to prevent a quorum in the General Assembly. Their efforts failed, and on August 24, 1920, Governor Albert H. Roberts certified Tennessee’s ratification of the 19th Amendment. Two days later, U. S. Secretary of State Bainbridge Colby issued a proclamation that officially declared the ratification of the 19th Amendment and made it part of the United States Constitution. Tennessee provided the 36th and final state needed to ratify this landmark amendment to the U.S. Constitution.

This initial collection focuses on pro- and anti-suffrage activity in Tennessee in 1920, primarily drawing from the papers of suffragist Carrie Chapman Catt, anti-suffragist Josephine A. Pearson, and Governor Albert H. Roberts. In addition to letters, telegrams, political cartoons, broadsides, and photographs, it contains three audio clips from an interview conducted in 1983 with Abby Crawford Milton. As the centennial of the ratification of the 19th Amendment approaches, we plan to add to this online collection, expanding the chronological and narrative scope.