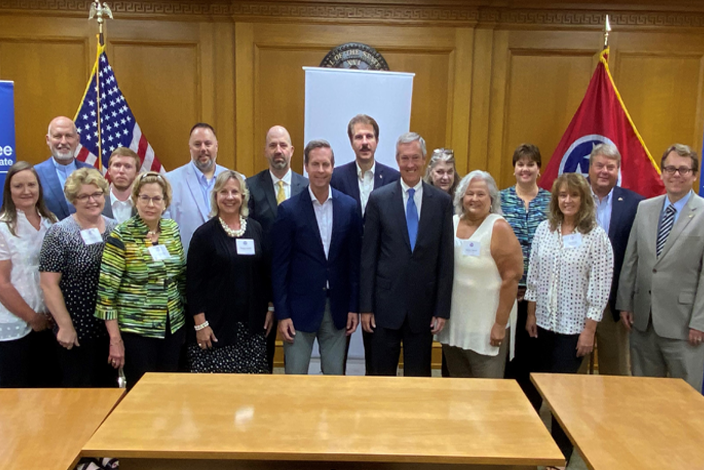 “Whether it’s Ohio where I was earlier this week or here in Tennessee, local and state officials are working to make it easy to vote and hard to cheat,” said Ranking Member Davis. “Secretary Hargett and local election officials helped ensure a record-number of Tennesseans could cast their vote in last year’s elections. As part of our Faith in Elections Project, we’re seeing exactly how a one-size-fits-all, federal takeover of election administration just will not work.”

Congressman Davis's visit to Tennessee was part of his Faith in Elections Project tour across the country. During the tour, Congressman Davis is meeting with state and local elections officials, legislators and others to learn about their work on federal elections and discuss ideas for state-level reform and the removal of federal impediments. The purpose of the Faith in Elections Project is to promote voter confidence in our elections systems and outcomes through education, engagement and reform.

"I was honored to welcome Congressman Davis to Tennessee for this important roundtable discussion,” said Secretary Hargett. “Our office worked with county election administers across the state to conduct a safe, trustworthy election with record turnout in the midst of the pandemic. Our success is evidence that the best way to ensure election integrity is at the state level, not a one-size-fits-all mandate from Washington, D.C.”

During the roundtable, Secretary Hargett, Coordinator of Elections Mark Goins and county election officials discussed Tennessee election procedures, what the federal government could do to support election administration in Tennessee and how proposed federal legislation could negatively impact Tennessee elections.

For more information about Tennessee elections, go to GoVoteTN.gov or call the Division of Elections toll-free at 1-877-850-4959.