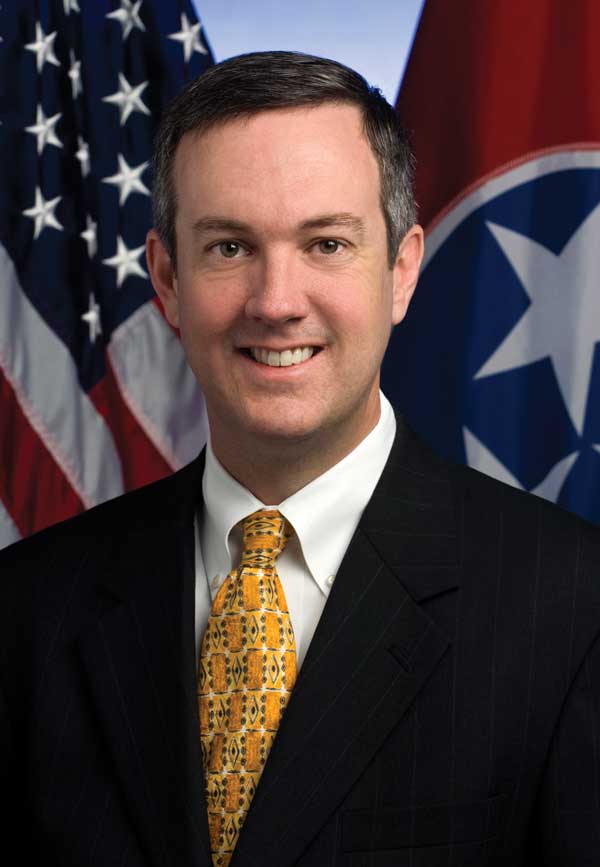 Tre Hargett was elected by the Tennessee General Assembly to serve as Tennessee’s 37th secretary of state in 2009 and re-elected in 2013, 2017 and 2021. Secretary Hargett is the chief executive officer of the Department of State with oversight of more than 300 employees. He also serves on 15 boards and commissions, on two of which he is the presiding member. The services and oversight found in the Secretary of State's office reach every department and agency in state government.

Accuracy, cost-effectiveness and accountability drive every decision within the department. Secretary Hargett places a premium on customer service while leveraging technology to create efficiencies that benefit taxpayers with a customer-centered approach to state government.

A redesigned website, found at sos.tn.gov, offers a wealth of information and services, including an intuitive online corporate filing system, a place where consumers can learn how their charitable contributions are being spent and resources to promote civic engagement across Tennessee.

Secretary Hargett was named a Council of State Governments Henry Toll Fellow in 2010, an honor given annually to forty-eight of the nation’s top state government officials. Additionally, he is on the board of directors of the YMCA Center for Civic Engagement, a member of the Union University Advisory Board, as well as chairman of the executive committee of the Republican Secretaries of State Committee (RSSC). Secretary Hargett is also a graduate of the Aspen Institute - Rodel Fellowship Class of 2010. He has also been recognized for his support of National History Day.

Secretary Hargett served in the Tennessee House of Representatives for a decade representing District 97 (Bartlett and Memphis) and was twice elected Republican Leader by his colleagues.

Mr. Hargett earned a B.B.A. in Accounting with honors from Memphis State University as well as an M.B.A. from the University of Memphis.

A native of Ripley, Secretary Hargett now lives in Hendersonville with his wife, Dawn, and their two sons. He is a Southern Baptist and attends Indian Lake Peninsula Church.

Secretary Hargett is the son of Pat Vaughan of Wingo, Kentucky, and retired Maj. Gen. Gus Hargett, Jr. of Murfreesboro.