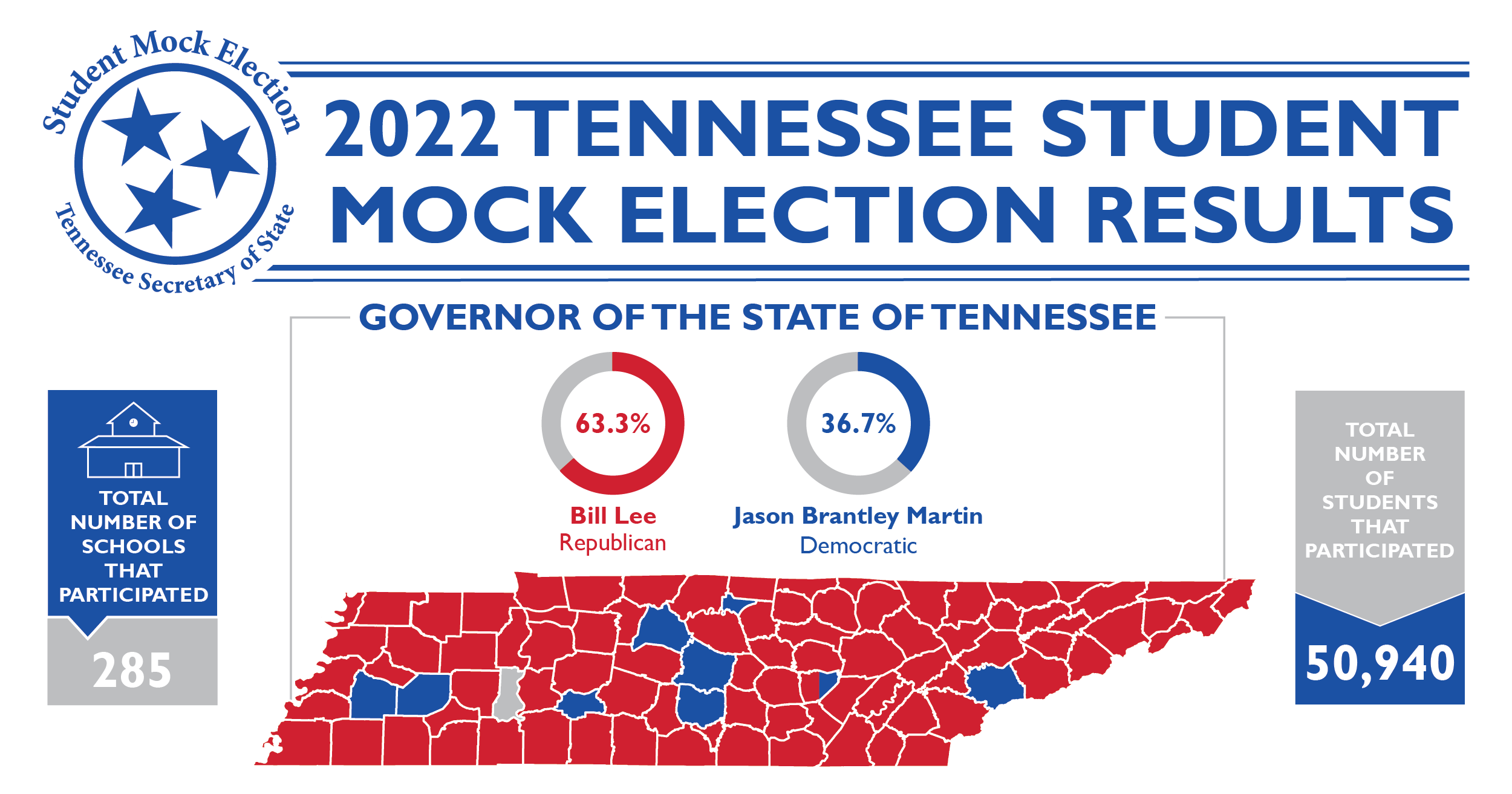 "Thank you to the students and teachers across the state who participated in this year's mock election," said Secretary Hargett. "By having this experience of casting a ballot, I hope students will feel more prepared to vote and better understand the importance of being civically engaged."

This year 50,940 students from 285 Tennessee elementary, middle and high schools participated in the mock election. Secretary Hargett announced the results at Gallatin High School in Gallatin, Tenn. State Senator Ferrell Haile and Majority Leader William Lamberth attended the event and spoke to the students about voting and civic engagement.

“The democratic process is essential to our nation, and I am encouraged that the mock election inspired so many students to be interested in civic engagement,” said Sen. Haile. “I hope they carry this excitement with them into adulthood and become lifelong voters.”

"These events help our young people understand just how valuable they are -- not just as voters, but as citizens participating in the democratic process,” said Leader Lamberth. “They are Tennessee’s next generation of leaders and can be a powerful force, but only if they make voting a habit when they become adults."

For more information about the 2022 Tennessee Student Mock Election and the Secretary of State's other civic engagement initiatives, visit sos.tn.gov/civics.